How to protect your Trademark in Myanmar?

Now you can protect trademark in Myanmar. The Myanmar Trademark Law was passed by the Pyidaungsu Hluttaw (Assembly of the Union) on January 30, 2019.  Following the enactment of Trademark Law, the Government of Myanmar is making numerous efforts to launch the new Trademark system to replace its current one where trademarks registered under Deeds of Trademark Ownership Declaration with the Office of the Registration of Deeds (ORD) with 02 stages as below:

Up to now, the soft opening period has not been closed. Thus, at this time, in order to protect trademark in Myanmar, you should proceed with the following actions:

In accordance with the new trademark law, you can re-file your marks based on the ground of recorded Declaration of Trademark Ownership or genuinely used in Myanmar.

1.1. Requirements to protect trademark in Myanmar

The IPO of Myanmar is still finalizing its decision pertaining to two matters below: 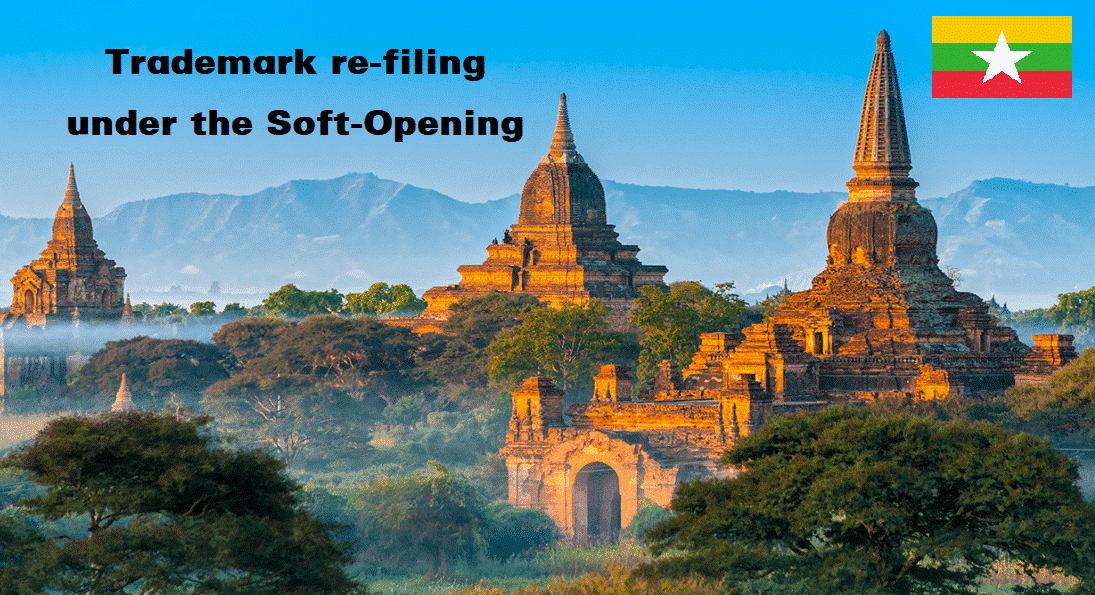 According to the new trademark law in Myanmar, a mark will be examined as to formality and absolute ground. After that, if it meets fulfilled requirement as to formality and absolute ground, it will be published for opposition within 60 days. If there is no opposition, the IPO will issue a certificate of trademark registration. On the contrary, in case there is an opposition request, the mark will be re-examined as to both absolute and relative grounds. However, up till now, the Soft-opening period has still opened and re-filed trademarks have not yet been examined.

The official fees for re-filing the trademark application in Myanmar under soft-opening have not been announced by the Government.

2. FILING A DECLARATION OF TRADEMARK OWNERSHIP UNDER OLD LAW

For filing the Declaration of trademark ownership in Myanmar, the following documents are required:

Note the item “Signature of the witness”: Under current practice in Myanmar, it is not expressly required the attendance of a witness and his signature, where it depends on case by case.

Please kindly be noted that the original documents must be submitted at the time of the filing application.

The average time from filing up to the endorsement will be about 2 – 3 months.

More information about trademark protection in Myanmar can be found HERE.

In case you require more information or require advice to protect trademark in Myanmar , Vietnam, Laos, Cambodia as well as other IP matters, please do not hesitate to contact us via email:  info@ageless.vn