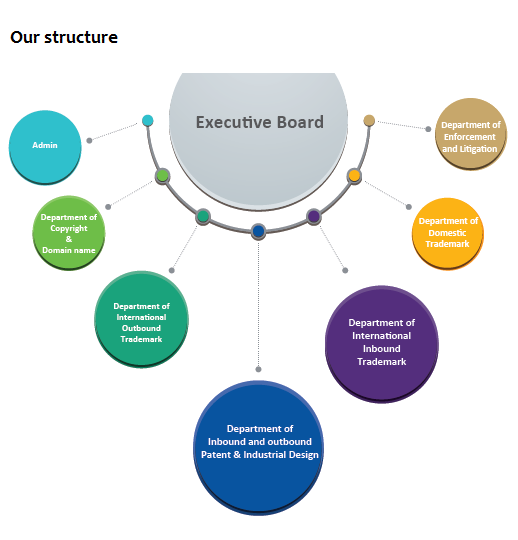 AGELESS at present consists of 48 permanent employees, all of whom are Lawyers, Patent Engineers or Engineers of various scientific fields with Bachelor’s or higher academic degrees. The consultancy and representative services of AGELESS are operated by the following key members:

Mr. Than is the first former Deputy Director General of the National Office of Industrial Property (currently known as the National Office of Intellectual Property – NOIP) with over 55 years of experience and in-depth understanding of IP matters. Mr. Than is honoured as one of the very first to draft the first legislation and to found the current NOIP and his contribution to Vietnam’s accession to a number of International IP treaties.

Mr. Xuan graduated from University of Law in Vietnam, then, earned higher degree of IP Law in Japan. He has nearly 25 years of related experience, specializing in IPR infringement prosecution, appeal, investigation and litigation; member of the organizing committee for the APAA 2013 in Hanoi; Vice-President of the Board of Directors of Vietnamese National Group of AIPPI; currently member of Hanoi Bar Association, Senior IP arbitrator of Indochine Trade Arbitration Centre (ITAC); also an annual contributor to the INTA Legal Resources and other IP Media. In 2018, Chambers & Partners recognized him as one of notable IP Practitioners in Vietnam.

Mr. Thanh has over 35 years of related experience; formerly the Project Manager of an International Consultancy Company; currently working as a Senior Consultant for a number of International Organizations such as UNDP, MPDF, OXFAM, CIDSE, DFID, WORLD BANK, ACTION AID, etc. Mr. Thanh is also in charge of the intensive counseling service for trademark establishment, development and management.

As one of the first Vietnamese officials trained in the former Soviet Union on IP in the early 1970s, Mr. Tuyen is widely known as the first Director of the Patent Department of the National Office of Industrial Property (currently known as NOIP), he has over 45 years of related experience, specializing in Patenting in electricity, electronics, physics, telecommunications and matters related to Industrial Design. He is also recognized for successfully handling a number of reputed patent cases.