In the context of intense competition, an enterprise not only just focuses on business issues, but it should also concentrate on ensuring their trademark protection in Vietnam. With an open economy in Vietnam, enterprises have been dealing with many challenge in protecting their legitimate rights and interests.

“ACURA” is a luxury vehicle brand of HONDA MOTOR CO., LTD. (Honda Motor). It was launched in USA and North America in 1986 as the first Japanese luxury brand. Over the years, “ACURA” has gained its popularity in automobile industry for luxury and high-performance products.

In accordance with current regulations of Vietnam, it is possible to oppose a pending trademark application on the basis of

i) Prior registered trademark or prior pending trademark application, OR,

Under practice in Vietnam, it is rather difficult to be recorded as “widely used and recognized mark” or “well-known mark” by National Office of Intellectual Property of Vietnam (NOIP) unless the requester could provide really strong evidences, especially in the territory of Vietnam.

In this case, cars bearing the trademark “ACURA” have been developed mainly for USA, North America and China market, not Vietnam. In fact, there are no official documents or materials regarding the use of “ACURA” trademark in Vietnam. This is a huge challenge for Ageless in protecting legitimate rights and interests of Honda. 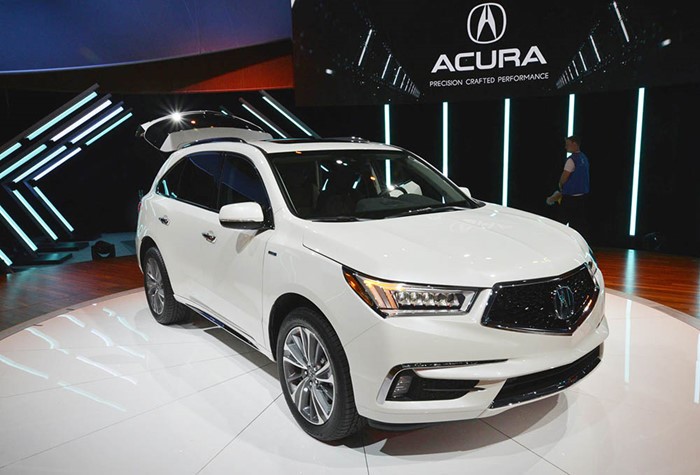 After studying the case as a whole, Ageless recommended the client to collect and provide with all documents or materials especially the use of ACURA trademark in Vietnam. Accordingly, based on the provided documents and additional information collected from local Internet by ourselves, it came to conclusion that apart from Japan and the US, trademark ACURA has been protected in more than 100 countries all over the world. The number of sold products, revenues and expenses for advertising were very huge and impressive. In another aspect, “HONDA” is an umbrella trademark, which is very familiar with Vietnamese customers and already recognized as a well-known mark in Vietnam. Therefore, Ageless took advantage reputation of the trademark ACURA as well as HONDA to push up the position of trademark “ACURA” in Vietnam.

After being informed by the NOIP, Ms. Thao responsed and argued that “ACURA” was derived from her idea and the situation of trademark ACURA in Vietnam did not meet the criteria to be recognized as a well-known mark.

In fact, the arguments of Ms. Thao were quite subjective. “ACURA” is neither an English nor Vietnamese meaning word and nothing than an invented word. However, it is unlikely that she might create the name herself unless she had seen it before. Therefore, it is concluded that she hijacked Honda Motor’s mark and committed fraud by registering trademark ACURA in Vietnam.

Under the circumstance, Ageless filed another opposition arguing that although be classified in different classes, goods in classes 12 and 07 should be considered as very similar with goods in classes 04 and 01 where they have a related nature (constituted by a same material, one is part, component of the other …), use of other is needed, normally in use one with other, the same way to their functions are performed) and closely related by their trade channels (sold in the same shops).

After carefully considering Ageless’s presented materials and argument, the NOIP issued two Notices confirming that Ageless’s oppositions are adequate and reasonable. Therefore, they officially refused protection for both trademark applications in the name of Tang Thuong Thao. In addition, based on supporting documents, trademark ACURA is also recorded as a well-known trademark in Vietnam. In February 2017, the trademark ACURA of Honda Motor Co., Ltd. has been granted the Certificate of Registration for the protection in Vietnam.

In the context of trademark protection in Vietnam, enterprises sometimes do not have adequate knowledge on IP law; therefore miss the chance to protect their legitimate rights. This may lead to unfortunate consequences of loosing their trademark as well as market. Aware of the fact, Ageless is honored to accompany our valued customers in the battle against infringers.

Registration of Industrial designs in Vietnam through the Hague System from beginning 2020
03/01/2020
Following the submission of instrument to join the Geneva Act (1999) of the Hague Agreement concerning the international registration of Industrial designs on September 30, 2019, Vietnam has become the 61st member of the 1999 Act and 71st member of the Hague Union. The 1999 Act has officially come into...
New points for Patent registration in Vietnam – Application of International patent Classification (IPC – Version 2019.01)
07/03/2019
According to the Notice No. 13235/TB-SHTT dated November 23, 2018 of the National Office of Intellectual Property (NOIP) of Vietnam, as of January 01, 2019, the new version of IPC (2019.01) under Strasbourg Agreement shall be officially applied for the classification of technical solutions which claim protection in the application...
New points for trademark registration in Vietnam – Application of the International Classification of Trademarks (Nice – Version 11-2019)
07/03/2019
According to the Notice No. 13234/TB-SHTT date November 23, 2018, as from January 01, 2019, The Vietnamese version of the Nice Classification 11th Edition (11-2019), translated by the National Office of Intellectual Property (NOIP) from the English version published by WIPO, will be applied to the classification of goods and...