In recent years, along with the increase of number of applications and registrations of Intellectual property rights (IPRs), Vietnam is also facing with numerous IP infringements, especially trademark infringement. It causes annoyance, not only to trademark holders, but also for consumers and society. The following case of trademark “SANTAK” will ring a bell to trademark infringer in Vietnam.

“SANTAK” is a well-known trademark of Eaton Corporation which has been protected in Vietnam since 1995 for the product of “Uninterruptible Power Supplier” (UPS). The trademark is common and takes a large portion of UPS market for diverse capabilities in offices, factories or high tech control centers in Vietnam and other countries. Un-fair competitors always tries to imitate and counterfeit the trademark “SANTAK” to gain illegal benefit from its reputation.

Realizing the risks, trademark owner authorized AGELESS as legal representative to protect their IPRs and handling SANTAK trademark infringement in Vietnam. Through investigation, in September 2016, AGELESS had co-operated with the Anti-Smuggling and Investigation Department of the General Department of Vietnam Customs and Hai Phong Customs Department, and detected a shipment of 55 Uninterruptible Power Supplier (UPS) bearing the sign “SANTAKUPS”, imported by a Vietnam enterprise from China. 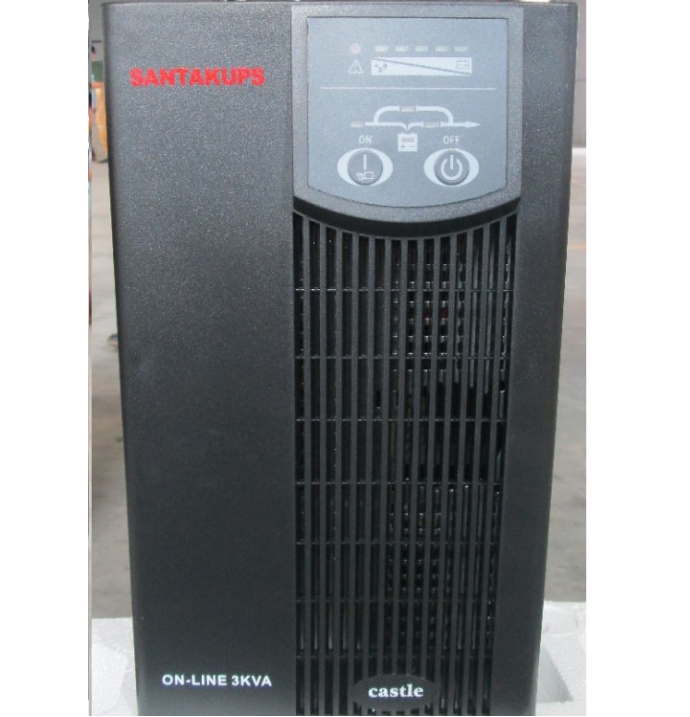 Right after discovering the shipment, AGELESS quickly completed all necessary legal procedures to request the competent authorities to suspend the customs procedures of this shipment. Based on obvious evidence of SANTAK trademark infringement of the importer and the accurate documents provided by AGELESS, Hai Phong Customs Department issued an administrative decision to suspend the customs procedures of the shipment.

After that, upon AGELESS request, the Vietnam Intellectual Property Research Institute (VIPRI) evaluated the case and concluded that:

– “SANTAKUPS” is one word written sequence, however, the use of such words makes customer think that it is a combination of 02 words “SANTAK” and “UPS”. In this context, “UPS” is known as abbreviation of “Uninterruptible Power Supplier” so that it does not play any role to create its distinction from others. As such, a comparison is made with the part of “SANTAK”. At last, VIPRI concluded that the sign “SANTAKUPS” is confusingly similar to the trademark “SANTAK”, which is under protection in Vietnam;

– Therefor, without the permission of Eaton Corporation, the UPS bearing sign “SANTAKUPS” is an infringing element to the protected trademark “SANTAK” in Vietnam.

The competent authorities in Vietnam are investigating continually and broadly to impose a penalty against the trademark infringement in accordance with the current regulations of Vietnam.

In this case, the timely detection and prevention of importing infringing goods is the main key to success. The professional cooperation between AGELESS and Customs has immediately suspended clearance procedures to prevent the acts of trademark infringement in Vietnam. As a few years back, it might take several days to finish Customs procedures in Vietnam. At present, due to the reform policies in Customs procedures, it could finish within some minutes. This is an advantage for enterprises but it is also legal gap for trademark infringers. Therefore, if the owners, representatives and local authorities do not actively get the information and make decisions exactly, they will lose this war.

In case you require more information or require advice on Trademark in Vietnam, Laos, Cambodia and Myanmar as well as other IP matters, please do not hesitate to contact us via email: ageless@ageless.vn

Working session and cultural exchange between Ageless Lao Sole Co. Ltd. and the Department of Intellectual Property of Laos
27/12/2022
Trademark registration in Laos is one of the first things businesses need to do since the first-to-file principle. This is a solid legal basis to help businesses protect their brands, rest assured to develop their brands, and avoid legal troubles and unfair competition practices....
8 HIGHLIGHT CHANGES ON COPYRIGHT IN THE VIETNAM IP LAW 2022
30/09/2022
There are 8 key changes on copyright in Vietnam IP Law 2022 such as: amending and supplementing definition of authors and co-authors; supplement the regulations that copyright is the basis for refusing trademark protection; amending and supplementing regulations on moral rights and asset rights; supplementing a number of new terms...
HOW THE AMENDED VIETNAM IP LAW 2022 WILL IMPACT INDUSTRIAL DESIGN: EIGHT NOTABLE AMENDMENTS
22/09/2022
The amended Vietnam IP Law 2022 has some notable changes in industrial designs such as: supplementing contents to the concept of an industrial design; simplify requirements for industrial design applications; deferment of publication date of industrial design application; new mechanism for industrial design opposition, supplementing legal grounds for refusal of...