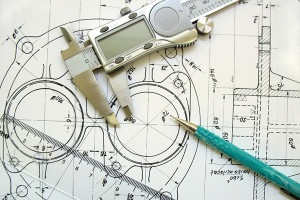 Following the submission of instrument to join the Geneva Act (1999) of the Hague Agreement concerning the international registration of Industrial designs on September 30, 2019, Vietnam has become the 61st member of the 1999 Act and 71st member of the Hague Union. The 1999 Act has officially come into effect in Vietnam since December 30, 2019 and from now on, foreign companies and designers can seek design protection in Vietnam through the Hague System.

The Hague System was established over eighty years ago, with the participation of countries that holding many Industrial design protection titles such as the United States, Japan, Russia, Canada and South Korea, etc. Through this System, the registration of protection for Industrial design in multiple countries can be done with only a single application filed at the International Bureau of the World Intellectual Property Organization (WIPO). The applicant only needs to submit a single application, pay a set of fees in a single currency and designate the countries he wants to obtain protection. The International Bureau will carry out the remaining procedures and forward the request for protection to the countries designated by the applicant.

According to the Ministry of Science and Technology, the number of registration of Industrial designs in Vietnam by foreign companies and designers increases 15% annually and this number is expected to further increase in the future with the participation of Vietnam in the Hague System.

Should you need any information on the registration of Industrial designs in Vietnam, please do not hesitate to contact us via patent@ageless.com.vn.

Protection of Black & white trademark versus colour trademark in Vietnam?
24/05/2022
Which is the better option, a black and white trademark or a colour trademark in Vietnam? This question stems from the fact that some believe the advantages of a black and white trademark outweigh those of one in colour. It mainly concerns two factors: (1) the scope of trademark protection...
SOME COMMON SHORTCOMINGS RESULTING IN THE REFUSAL OF INDUSTRIAL DESIGN PROTECTION IN VIETNAM
11/05/2022
An application of industrial design protection in Vietnam must undergo through two examination stages including formality and substantive examination, both of which might result in protection being denied. When there is any creative idea, it is advisable to plan to protect industrial design before offering, advertising, or selling to the...
Filing single-class or multi-class trademark application in Laos, Pros and Cons?
25/04/2022
You can file a single-class or a multi-class trademark application in Laos. Each solution has its own set of benefits and drawbacks. The applicant can choose between a single-class or multi-class application, depending on the brand registration and development strategy as well as trademark protection in Laos....